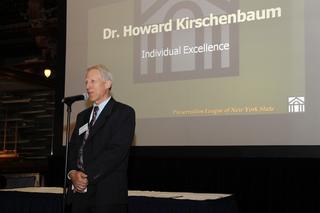 Preserved historic farmhouse and barn and adaptively used for educational

and preserve it, and have it classified as a National Historic Landmark.  Continues to

work with AARCH, NY State and Town of Newcomb on Santanoni's preservation and

to subsequently rehabilitate the lodge.

property, forming investment group to own and operate it, gradually stabilizing and

restoring 20 buildings, operating property for historic tours and lodging for the

Worked with many private owners and non-profit organizations to find solutions to insure the future of their historic properties.  For example:

of the historic Hedges Resort, Blue Mt. Lake, NY, formed a company to purchase the

property, preserve it, and keep it open to the public.

The Story of Sagamore. (Sagamore Institute, 1990).

The Adirondack Guide: An Almanac of Essential Information and Assorted Trivia. With Susan Schafstall and Jeanine Stuchin, co-editors.   (Sagamore Institute, 1983).

The 1500 Most Interesting Inns, Lodges and Guest Houses in the United States.  (National Travel Publishing Company, 1980).

Also:    Featured in many documentaries on Adirondack history and architecture, including nationally

distributed PBS documentary on the Adirondacks.

Forest Preserve, while placing an additional 401 acres under a conservation easement

for preservation and revitalization of train service along the corridor.

the classic canoe route from Old Forge to Saranac Lake.