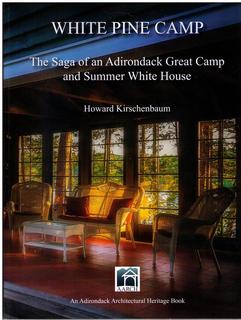 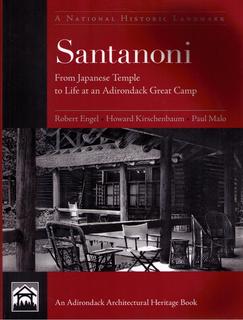 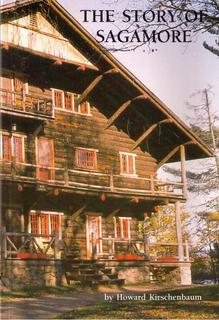 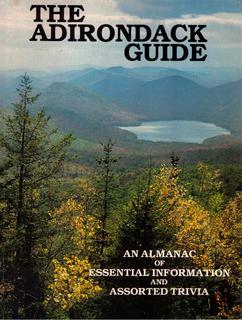 White Pine Camp: The Saga of an Adirondack Great Camp and Summer White House. (Adirondack Architectural Heritage, 2018).  A leading architect and builder, several prominent owners, a unique architectural design, a scandalous marriage, a controversial incident leading up to WWI, and the 1926 Summer White House of President Coolidge  are just some of the stories that make White Pine Camp's story unusual among historic sites.  The book is a social history of the owners and workers and an architectrual history of the property . The last chapters are alternately depressing, then inspiring as we see how the property deteriorated under a college's ownership, then how the author and his colleagues purchased and restored the property and made it available to the public for tours and lodging. Almost 200 historic photographs.

Available from the publisher, regional bookstores, and limited copies from the author.

For further information, pricing, and an order form from the publisher:

Santanoni: From Japanese Temple to Life at an Adirondack Great Camp. With Robert Engel and Paul Malo.  (Adirondack Architectural Heritage, 2nd edition, 2009).  Camp Santanoni was a 13,000-acre estate deep in the Adirondack wilderness, with three major building compounds (Gate Lodge, Farm, and Main Camp) spread out over five miles.  Built in 1892, the Main Lodge complex, which combined Japanese temple architecture with Adirondack log building, is a masterpiece of architectural design.  A rich social history of the owners and workers unfolds. After the owner' grandson was lost in the forest in 1972, resulting in the largest manhunt in the history of the state, New York State purchased the property and intended to demolish the buildings.  The inspiring last chapter describes how Adirondack Architectural Heritage was formed to successfully advocate for Santanoni's preservation, have it declared a National Historic Landmark, and see it enjoyed by thousands of visitors each year. 165 historic photographs.  Cloth and paper editions.  Available from the publisher, regional bookstores, Amazon.com, and limited copies from the author.

The Story of Sagamore. (Sagamore Institute, 1990).  Sagamore Lodge, built in 1897, was the major project of Adirondack Great Camps pioneer William West Durant.  It was owned for half a century by Alfred Vanderbilt and his widow Margaret Emerson, who entertained as many as 40 family and guests there. In 1955 it was donated to Syracuse University and operated as a conference center, then purchased by the author's non-profit educational organization in 1975.  One chapter describes a multi-year campaign, initiated and co-led by the author, which amended the state constitution to save the caretaking complex of buildings at Sagamore.   Sagamore is a National Historic Landmark.  72 pages, 44 historic photographs.  Available from North Country Books and from author.

The Adirondack Guide: An Almanac of Essential Information and Assorted Trivia. With Susan Schafstall and Janine Stuchin, co-editors. (Sagamore Institute, 1983). Containing 116 sections under the themes of History, Geography and Government, Literature, Economics, Education, Organizations and Agencies, Environment, Arts and Crafts, Entertainment, Recreation, Transportation, Assistance, and Miscellaneous. Everything from famous historical figures to 29 Great Camps to 34 largest lakes to Adirondack artists to popular canoe routes to fire towers, etc., etc. Over 110 maps, charts, photographs and illustrations. Sold 10,000 copies.  Out of print.