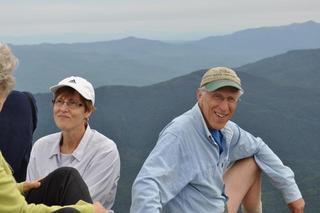 Howie and his wife Mary on Whiteface Mountain, 2010 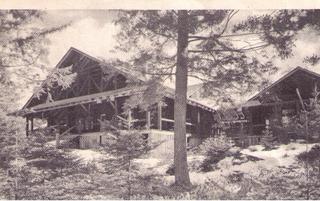 A portion of the main lodge at Camp Santanoni, National Historic Landmark

The Adirondack Park in northeastern New York is an area as large as the state of Vermont.  Its six million acres of state-owned and private lands contain mountain ranges, vast forests, and thousands of lake and ponds. The Adirondack Park also contains about one hundred, mostly small, population centers and a rich historic architecture of public and private buildings throughout the towns and forests, including a special regional style of building known as the Adirondack "Great Camp".

For information on his books on Adirondack history and preservation, go to the Preservation Books page of the website..

For a Curriculum Vita of his various Adirondack positions, projects, publications and other preservation activities, go to the Preservation Vita page of the website.

For a photographic slide show illustrating his major historic preservation projects, click on link below.  This was the nomination information and presentation that accompanyied his 2011 Award for Individual Excellence in Historic Preservation from the Preservation League of New York State.